The Hampshire Astronomical Group operating from its Clanfield Observatory base on the borders of the villages of Horndean and Clanfield is reputed to be one of the best equipped amateur observatories in the UK. Our observatory is situated on the edge of beautiful South Downs National Park.

Like so many other organisations over the past 18 months we too have had to curtail our activities. However, as the lockdown nationally is easing so we are beginning to open the observatory to more activities.

We are hoping that we can begin resuming our very popular Open Evenings for the general public in the autumn and also take private visits for Guides, Scouts U3A and other interested groups etc.. Please keep an eye on this website for further information regarding these open events.
The very popular astronomy course will resume as from September this year – more details can be found in this website under ‘Astronomy courses’ and then click ‘Astronomy for Beginners Course’. If the September course is oversubscribed (as is often the case) there will be another course starting in January of 2022.

We are hoping to have access to the Clanfield Memorial Hall later this year and our monthly public speakers’ session can be given ‘live’. Currently all speakers both Group members talks and the monthly main public lectures are given via Zoom. For access to these talks, please contact Lindy Bryant at lindy.bryant@hantsastro.org.uk

In the meantime, thank you for visiting our website and we hope to see you in person in the not-too-distant future. If you have any queries, please do not hesitate to contact us via the ‘Contact Information’ page.

What's on in the next month...

The September 2021 edition of the Hampshire Sky has now been uploaded to our website.

To find the latest edition of the Hampshire Sky click here

If you have any images or articles you wish to have included in future issues please send them to the editor Gill England @ gill.england@hantsastro.org.uk or Steve Knight steve.knight@hantsastro.org.uk

Images or articles need to be submitted by 1st December 2021 to make the January 2022 Issue.

What's on between next month and 6 months... 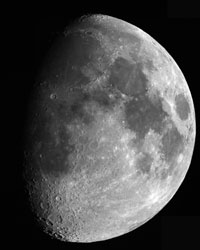 7 September – Looking low towards the western horizon, 35 minutes after the Sun has set, you may be able to see a very thin crescent Moon.

9 September – Look to the west-southwest horizon just after sunset, there will be a 9%-lit Moon, Venus, and the bright white star Spica.

20 September – Today’s Moon is known as the Harvest Moon due to it being the closest full Moon to the Autumn equinox.

14 September – Mercury reaches greatest eastern elongation when it will be 26.8° from the Sun.  However, the planet isn’t very well placed so viewing will be poor in the UK.

14 September – 10:21 BST – Neptune is at opposition.  The planet can be found in the north-eastern part of Aquarius, close to the boundary with Pisces.  The best time to view the planet is at 01:00 BST when it will be at an altitude of 34° above the south-eastern horizon, and it should be possible to see Neptune’s blue-green disc using a 100-150mm telescope.

1 September – 02:33 BST – Callisto transit’s Jupiter’s disc, however the planet will set before the transit ends.

17 September – 23:43 BST – The shadow of Jupiter’s moon Callisto will start to transit the planet’s disc.

11 September – Asteroid 2 Pallas reaches opposition today and can be found in Pisces.  At mag. +8.5 it should be possible to see using binoculars.

22 September – 20:21 BST – The Sun crosses the celestial equator, an event known as the Autumn equinox, and marks the start of autumn in the Northern Hemisphere.

There are no events scheduled.

FutureLearn is a leading social learning platform, enabling digital education through conversation.  FutureLearn offers free and paid for online courses and degrees from world-leading UK and international universities as well as courses from companies, centres of research excellence and specialist education providers.  FutureLearn partners with over a quarter of the world’s top universities and organisations such as Accenture, Microsoft, the British Council, European Space Agency, Houses of Parliament, Raspberry Pi and Cancer Research UK.

FutureLearn provides a range of free online courses from some of the world's leading educators. Courses are created by UK and international universities, as well as cultural institutions and global centres of excellence in a range of subject areas, like the British Council and the European Space Agency.

A number of Astronomy courses are listed in the website's Science, Engineering and Maths category. Recent titles have included 'Moons' and 'In the Night Sky: Orion', both from The Open University. The lead educator on the Orion course, Professor Monica Grady, CBE, worked as part of the project team that successfully landed the Philae probe on a comet last November.

An added advantage of FutureLearn is its focus on 'social learning', whereby learners from all over the world can have conversations about the topics covered during a course with one another, and with the academics leading the course.

FutureLearn adds courses throughout the year and repeats popular titles, so the easiest way to keep up to date is to register on the website. Details on upcoming Astronomy courses will also be listed here.

Moons: -  For details to book yourself onto this course click here

Monitoring the Oceans from Space: - For details to book yourself onto this course click here

How to Survive on Mars: the Science Behind the Human Exploration of Mars:- For details to book yourself onto this course click here

This site and all contents are copyright © 2007-2021 Hampshire Astronomical Group.